Convicted killer may be set free 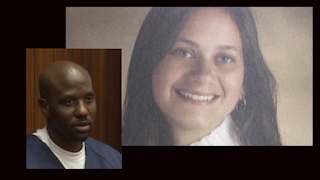 AbateHate.com — 18-year-old Karen King was kidnapped while Christmas shopping in Saginaw, MI.
Terrorized, the young woman cried as she was tortured and raped. After she was killed, reports say, her lifeless body was shown to friends of the convicted killers. Reports also say her corpse was raped. [source]
That was 1997.
Fast forward to October, 2021. One of the two males convicted and sentenced to life without parole may be set free in the near future.
Shytour T. Williams was 15 at the time of the crime. Reports say Williams testified in his resentencing hearing before Saginaw County Circuit Judge Manvel Trice III on Friday, Oct. 29.
Read more here ►
[‘I put her through hell,’ testifies man imprisoned for life at 16 for role in rape, killing of Karen King, mlive.com, Oct 29, 2021]