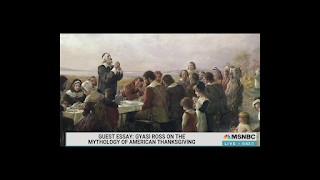 DailyKenn.com — The holiday season is upon us and the grinches who hate Western culture are out in force.
Thanksgiving, they decided, is a celebration of genocide. White people arrived in 1492 and promptly began massacring Indians or, as they prefer to call them, indigenous peoples.
Granted, massive number of Indians succumbed to diseases unwittingly carried by the new tribe on the continental block, but the notion of an outright massacre is unfounded. It simply didn't happen.
Rather, pilgrims and settlers enhanced the lives of Indians through innovation and education. Europeans ended millennia of inter-tribal massacres. No longer do Indian tribes raid other tribes. Scalps are no longer hoisted at the entrances of Indian villages as displays of bravado.