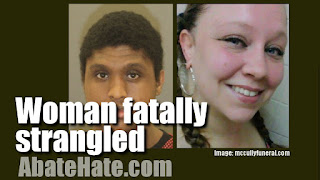 Arrested was Christopher Tyson, age 22, who was in jail at the time of his arrest accused of fatally strangling another woman days earlier. Police suspect there may be other victims.

Reports say Lambert was found in a motel room.

Denita Barrett died of asphyxiation March 22 in the 2400 block of Annapolis Road, in the city’s Westport neighborhood, police said. A family member found her unresponsive in her home and medics pronounced her dead at the scene.

Tyson also is accused of strangling 37-year-old Ashley Lambert to death. She was found dead March 28 in a room at the Deluxe Plaza Motel in the 6400 block of Pulaski Highway.


[Baltimore man charged with strangling two women to death in less than a week, and police say there may have been other attacks, by Phil Davis and Jessica Anderson, baltimoresun.com, April 29 2021 ]