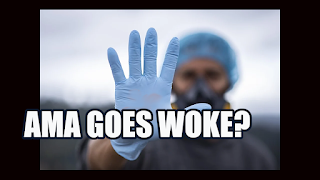 AbateHate.com | opinion — It appears the American Medical Association  (AMA) has been infected with the cultural Marxism virus that often expresses itself as critical race theory (CRT) and equity.
Think of the HIV virus expressing itself as symptoms of AIDS.
A guide published by the AMA was critical of free markets, individualism, and "meritocracy," according to foxnews.com.
Marxism in Western nations views White people — with their penchant for creating wealth through free markets and rugged individualism — as the oppressive bourgeoise and all others as the oppressed proletariat.
[source]