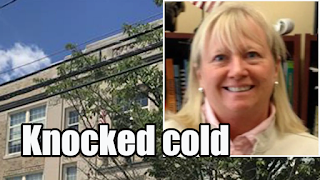 AbateHate.com — 61-year-old Patricia Lampron was beaten unconscious after asking a student to leave the school campus after the school had closed. Lampron, the school's principal, suffered broken ribs.
The incident occurred at the Henderson Inclusion School in Dorchester, Massachusetts.
A 16-year-old girl was arrested, but given home detention rather than jailed. [source]
Takeaway...
Such violence is nothing new. During the late 1960s and early 70s, I attended a majority black high school. Violence was a daily occurrence. Police were assigned to the campus as their regular beat.
Denial does nothing to resolve problems.