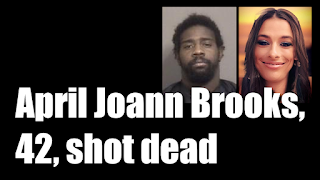 Court documents reveal a child was inside the vehicle when Brooks was shot.

A witness who was apparently driving the car said Montez and Brooks were inside the car arguing.

FBI statistics reveal that more than 50 percent of homicides in the USA are committed by Blacks, even though they comprise about 13 percent of the country's population.

at November 22, 2022
Email ThisBlogThis!Share to TwitterShare to Facebook
Labels: bw