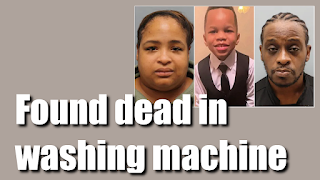 It was later learned that Child Protective Services had been alerted by Koehler’s school multiple times due to injuries witnessed on his body including black eyes and facial bruising.

Authorities also found text messages between the parents showing animosity toward the young boy, including a message threatening to "put him in the stove and turn it on" if he did not confess to eating cookies without permission.

"I need to get the (locks)," Jermaine Thomas allegedly texted Tiffany Thomas. "I'm going to end up kill him. You going to come home and he going to be hang from the f--- tree outside."